He's best known as one half of D:Ream, but for many he's the legendary resident at the notorious London club night 'Love Ranch' and the guy behind a selection of incredibly impressive remixes.

PHC defines some moments with the D:Reamix...

Going right back to the beginning were you a DJ before you decided to create a band ?

I was indeed. Had been djing since the mid 80's in one form or another. I was also a bank clerk in London!

How did the band originally come about back in the early 90's ?

I was running a club night at The Brain in Wardour Street that Peter used to frequent. He worked for my ex and she introduced us.

Were there any inspirations musically that helped with the design of the band ?

We had our own influences, Peter was from a rock background and had been on the scene for some time. However, it as all about the dance music of the time that we were into, Italian house, Balearic beats etc. And ecstasy, of course!

Once everything was in place at what point did you finally feel 'We've made it ?'

When we did our first Top Of The Pops appearance it kind of hit home.

D:ream has hit the charts.. Top 10 hits follow.. Sasha remixes U R The Best Thing.. Who came up with the concept of remixing as D:Ream and were the whole band involved in the process ?

We had done remixes already. Sasha had remixed Best Thing when it first came out. Our manager knew him and he wasn't too well known down south so we got a rather good deal on it! It was the done thing though. Pretty much everyone had remixes done then.

Did you set out to make the sound of the remixes more underground whilst sticking with the D:Ream name which was more associated with a pop dance sound ?

We did although, initially, we weren't really considered pop. Time brought that about. 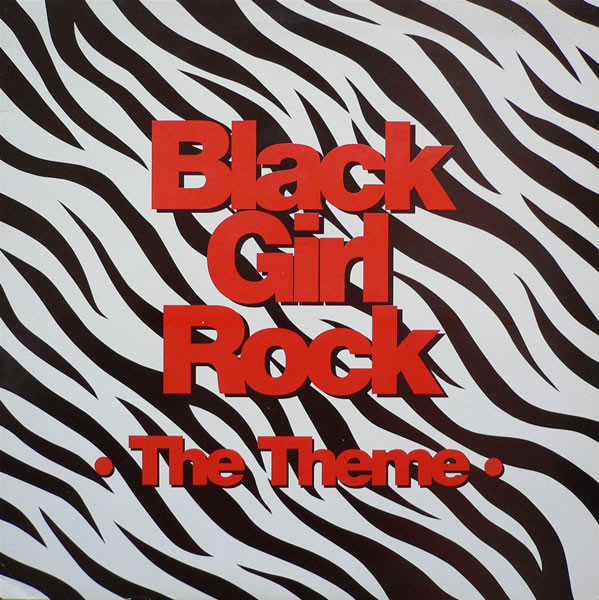 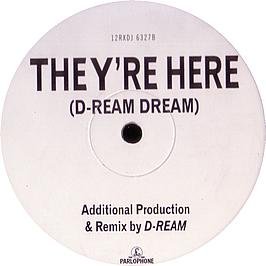 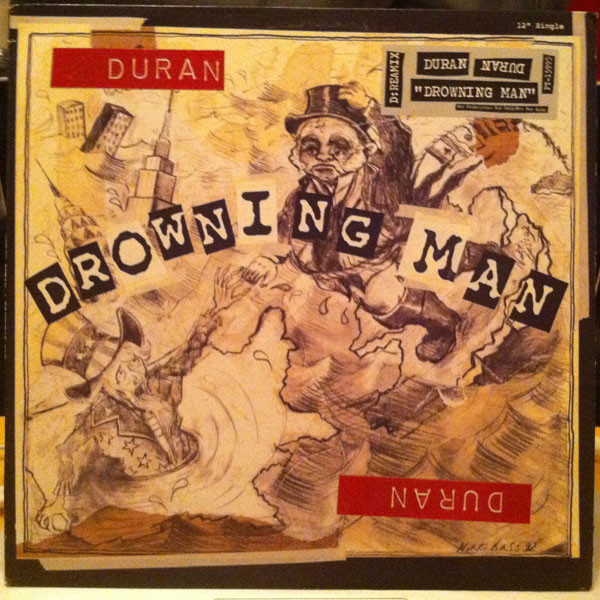 What was the process for D:Ream when you started work on one of the remixes ?

Take the parts we liked, as many as we could, then try and make something completely different with it whilst still retaining some things that remind you of the original track.

'Baby June – Hey Whats Your Name' is a massive anthem supported across the board back in the early 90's.. why was this one a 'Brassneck' mix and not a 'D:ream' mix ?

We'd just started out and did this as a favour to Tim form Baby June as Peter was originally in that band and we didn't want him to think I'd stolen Peter!! We hadn't really thought about the whole D:reamix thing at that stage.

For many 'EMF – They're Here' is an all time standout remix moment that was heavily supported by Sasha & Digweed...What was your favourite remix ?

For me, our remix of Duran Duran's Drowning Man was my favourite. I love DD so wanted to do it even though the original was crap. I think we did an amazing job.

Thumbing through mid-nineties music publications the name Al Mackenzie appears time and time again as a guest at club nights up and down the country, as well as holding down a residency at the legendary 'Love Ranch' in London.. what was your favourite memory of that time ?

I don't remember that much of it! Doing Brixton Academy for The Shamen totally smashed but pulling it out of the bag springs to mind. Love Ranch was very special too.

'This Is Where Its Fucking At'

If a club ever ignored its legal capacity this is it !

Love Ranch has a special place in clubbing history... Mixmag once described it as 'Michiko Koshino and frilly shirts rubbing up against leopard-skin and leather'... What was your favourite memory and how would you describe the place ?

Probably the night Robert Owens and Mr Fingers did a live set. Totally amazing. It was a bonkers place, totally hedonistic. However, everyone knew each other and it was like a little community. Some of the live acts were quite something, not always for good reasons! Unique.

Did being a very successful DJ ever interfere with your obligations to the band ?

It did as I wasn't comfortable doing live gigs with the band and I made more money djing. We worked it out... sort of!

How would you describe your style of music back then when Djing ?

Mixed it up, definitely more party. Italian house/disco, it suited the drugs that everyone was doing.

Can you describe early 90's clubbing in 3 words ?

Could you provide us with 5 tracks that never left the box back in the early 90s.. ?

Thirst The Enemy Within

Dread Flimstone - From The Ghetto

You put together one of the most popular Essential Mixes back in 1994. What can you tell us about that particular mix and how do you feel about it today ?

My mixing and musical taste is somewhat better today. That's all I have to say about it.

Apart from appearing on Top Of The Pops and being a member of a hugely successful pop dance outfit, what is Al Mackenzie's biggest achievement in music ? I think still being around and managing to be fairly successful is. The new Field Of Dreams stuff is doing well and I'm getting bookings doing what I want to do, not selling out playing the same old shit all the time. 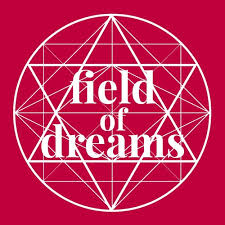 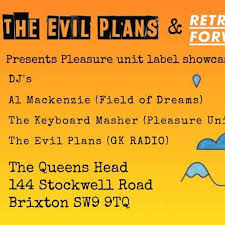 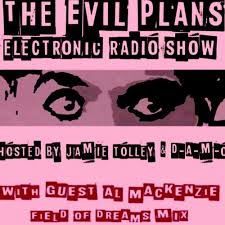 Apart from appearing on Top Of The Pops and being a member of a hugely successful pop dance outfit, what is Al Mackenzie's biggest achievement in music ? I think still being around and managing to be fairly successful is. The new Field Of Dreams stuff is doing well and I'm getting bookings doing what I want to do, not selling out playing the same old shit all the time.

Fast forward to 2019... Have you enjoyed it all ? What are your thoughts on how the scene has evolved ? for example how do you feel about digital Djing ?

As long as  the music is good it doesn't matter what format you play it on. I can't stand club classic/classical club classic/reunion stuff but they have their place and I see why people like them. And before anyone says, 'Oh, he's playing Golden in November', I'm not playing club classics!! Each to their own but they're not for me. There's loads of good new music about and people playing it.

You're still active on the party scene.. where can we catch you playing out over the next few months ?

I'm doing Golden on November 9th up in Newcastle then I'm away with D:ream a lot doing gigs (We're doing a new album!). I'll pop up here and there until Xmas. January will see the Retro Forward / WeirdWax / Paranoid London event at the Hare & Hounds in Birmingham on the 18th.

And finally... whats in store for the future ?

New D:ream album is on the way. Loads of new tunes and remixes with Chris Kentish as Field OF Dreams, more Retro Forward parties and generally playing music all over the world. It could be worse...

Thanks for taking the time to talk with us Al.

Sasha - On top of the world